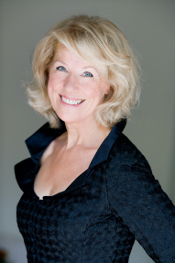 Ms Wiens has been warmly welcomed at the Salzburg, Lucerne, Tanglewood, Dresden, Berlin and Vienna Festivals, and the London Proms.    Renowned as a lieder singer of the highest order, Ms Wiens has given recitals in London (Wigmore Hall), Paris, Toronto, New York, Moscow, Amsterdam’s Concertgebouw, Buenos Aires, Frankfurt, Florence, Munich and Berlin, and has been repeatedly invited to Vienna’s Musikverein.

A recipient of both the Grammy and Diapason d’Or Awards, Ms Wiens is well represented on the EMI, Erato and Philips Labels. Her discography includes works of Bach, Mozart, Haydn, Grieg, Mendelssohn, Mahler, Zemlinsky, Schumann and Wagner as well as four acclaimed  CDs of Lieder by Schubert, Schumann, Brahms and Strauss, and Zemlinsky’s Lyrical Symphony with the Orchestre de la Suisse Romande .

Edith Wiens is an Officer of the Order of Canada and has been a recipient of several honorary doctorate degrees, including a Doctor of Music from her alma mater Oberlin College. She has been a jury member of various international competitions such as ARD Munich, Bertelsmann Neue Stimmen, Montreal and Geneva.

Edith Wiens regularly holds masterclasses in Europe and North America.  She enjoys a  yearly residency  at  the Guildhall School of Music and Drama, as well as masterclasses at the Royal College of Music in London.   The opera houses of  Munich, Frankfurt, Zurich, Oslo have invited Edith Wiens to teach their young studio singers.   Prof. Wiens  is also the artistic director of the Internationale Meistersinger Akademie (www.meistersingerakademie.com), created for emerging artists.

Edith Wiens  is on faculty at  the Juilliard School  in New York, and also teaches at the Lindemann Young Artist Development Program at the Metropolitan Opera.  Since coming to New York in 2010,  Edith Wiens has had five singers win the Metropolitan National Council Competition. Her students  are engaged at many opera houses world-wide, including  the Metropolitan Opera, Covent Garden London, Frankfurt, Munich, Zurich, Geneva, Dresden, Leipzig,   and the  Vienna State Opera, among others.    Major festivals such as Glyndebourne, the Salzburger Festspiele, Aix-en-Provence, and Santa Fe  have also engaged her students. as well as orchestras such as the Berlin Philharmonic, the New York Philharmonic and the Cleveland Orchestra.